Ned Bigby is the main protagonist of Ned's Declassified School Survival Guide. He is played by Devon Werkheiser.

Very outgoing and funny along with his two best friends. Anxious to make it through middle school and somewhat lazy in classes, but gives the best advice.

Ned has brown hair, pale skin, and blue eyes. He is said to be cute, but very short in the first season. According to Vice Principal Crubbs in Guide to: Field Trips, Permission Slips, Signs and Weasels, he has a "mop-top" haircut (similar to Coconut Head's haircut, which led a security guard to mistake him for Ned). Most notably, he is short throughout the series and everyone makes sure he knows it. He's a few inches shorter than his best friends, Cookie and Moze, but he's roughly the same height, if not taller than them in the series finale.

Cookie is Ned's best male friend, They have known each other since elementary school along with Moze, on several occasions they can see how they support each other despite being so opposites but they say they complement each other, Cookie has helped Ned with exams and with the guide Cookie was the one who made Ned realize that the perfect girl for him was Moze.The Killer Bees drove a wedge between them in Guide to: Notes and Best Friends.

Moze is Ned's neighbor, female best friend, and, by the end of the series, girlfriend. They have known each other since elementary school and before the series. Ned had fondly given her the nickname "Moze" to separate her from the other "Jennifers" in their class. Halfway through Season 3, Ned realizes he likes Moze. (Mainly he states it in the episode "When You Like Someone Who's Going Out With Someone Else.") In that episode, he wants to tell Moze that he liked her and was going to ask her out, but Suzie returns which kind of distances them. In the last episode/movie (Field Trips/Permission Slips/Weasles), Ned wants to spend the field trip with the love of his life. Is it Suzie or Moze? In the end, he realizes who he likes and calls "her" and tells "her" to meet him in the rose garden, and finally, he asks her out and kisses her. Moze is the only girl Ned has kissed. 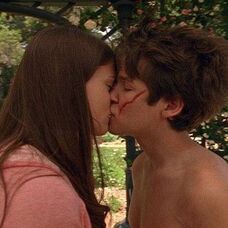 Suzie is Ned's ex-girlfriend and former crush. About the time when the elementary school was ending, he developed a crush on Suzie. However, over time, he had failed to ask her out properly and commit to their dates due to various issues. Eventually they start dating, but unfortunately, their relationship continues to suffer a series of setbacks. During Season 3, Suzie moves away to live with her dad and Ned starts to realize his feelings for Moze. When Suzie returned towards the end of Season 3, things between the three of them got awkward. Towards the end of the series, they broke up and Ned started dating Moze and Suzie resumed her relationship with Loomer. It's never stated if they made up and remain friends or if they're done with each other for good. Ned was kissed by Suzie three times, twice on the lips. 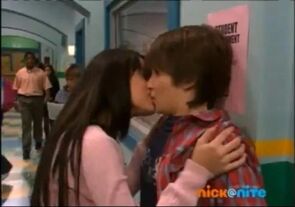 Missy is Ned's rival and enemy. Ned sees Missy as a frenemy sometimes, but other times views her as a girl with a popular reputation who bullies people. It's later revealed that Missy has feelings for Ned, which he doesn't return. Ned was dared to ask her on a date where that when on one date. Ned was kissed by Missy 3 times, at least twice on the lips. 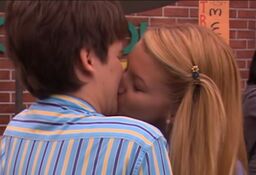 The Huge Crew is a group of female bullies, led by Doris, who all like Ned. It's clear that Ned would never or could ever like them, even when they help him out. He does appreciate their help, but he does get worried when they either get too excited about him or fiercely devoted to him. Doris kisses Ned on the lips once. It’s implied all 3 kiss him several times in the “Bathrooms” and “Clubs” episodes. 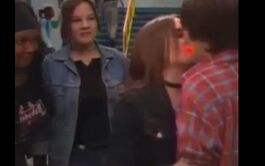 Ned is known to try to get nicknames a lot. In the episode Nicknames, he does ridiculous things to get one. In the episode Tests, Ned's alias is Den Ybgib, which is Ned Bigby spelled backwards. His nicknames include Crouching Weasel, Chicken Boy, Wedgepicker, and Wheels. On two different occasions, he had been given the nickname Fart Boy by Billy Loomer and Missy Meany.

Community content is available under CC-BY-SA unless otherwise noted.
Advertisement